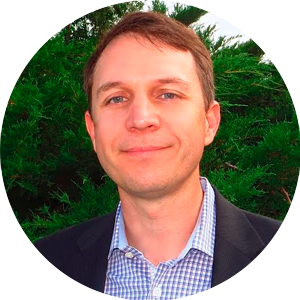 Paul Maxon is one of Colorado’s best attorneys.

Paul Maxon is one of Colorado’s best attorneys, and has successfully represented hundreds of clients in claims against their employers. He has won both trials and arbitrations on behalf of employees involved in claims for unpaid wages, trade secrets, and sexual discrimination, among others.

Among his many victories, Paul Maxon was awarded the prestigious “Case of the Year” award from the Colorado Trial Lawyers Association in both 2015 and 2017, and from the Plaintiff Employment Lawyers Association in 2021. The 2015 award was for representing a teacher in a religious discrimination and retaliation lawsuit against a school district, which resulted in widespread media coverage and significant policy changes. The 2017 award was for a disability discrimination and retaliation lawsuit which resulted in one of the largest ever verdicts under the Americans with Disabilities Act. The 2021 award was for prevailing in a sex and age discrimination case against a large employer represented by two nationally prominent law firms. In addition, Mr. Maxon has had significant success representing sexual abuse survivors; in 2017 he won a $2.6 million arbitration award for two of his sex abuse survivor clients, and 2020 he secured a $2.3 million settlement of his client’s sex discrimination claims–one of the largest ever in Colorado.

Mr. Maxon’s cases often result in victory not only for his clients, but for Colorado employees generally. His lawsuits have received extensive media coverage both in the state and nationally, drawing attention to issues of harassment, discrimination, and mistreatment in the workplace. His published cases, including Kennedy v. Colorado RS, LLC, 872 F.Supp.2d 1146 (D. Colo., 2012), HealthGrades v. Boyer, 359 P.3d 25 (Colo., 2015), and Hayes v. SkyWest, 401 F.Supp.3d 1194 (D.Colo., 2019), have resulted in changes in the law that have made it easier for employees to bring claims against employers who violate their legal rights.

A recognized expert in employment law, Paul Maxon is regularly asked to teach other attorneys the intricacies of the field. He has spoken and written on such diverse topics as: settlement of employment lawsuits, trade secrets litigation, abuse of process counterclaims, ethical issues in high-profile cases, and deposition strategy.  In 2016 he joined the faculty of the University of Colorado-Boulder School of Law, where he taught employment discrimination law. From 2018-19, he was co-chair of the Boulder County Bar Association’s Employment Law Section.

Prior to opening his own practice in 2005, Paul Maxon was an associate with O’Melveny & Myers in Los Angeles, where he received several pro bono awards and was a member of American Lawyer’s “Litigation Department of the Year.” He studied law at the University of Southern California School where he was awarded the Malcolm Lucas prize for being ranked first in his class, and the Order of the Coif for graduating in the top 10% of his class. He is admitted to practice in both Colorado and California.